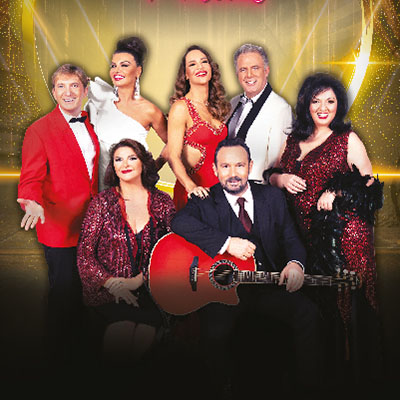 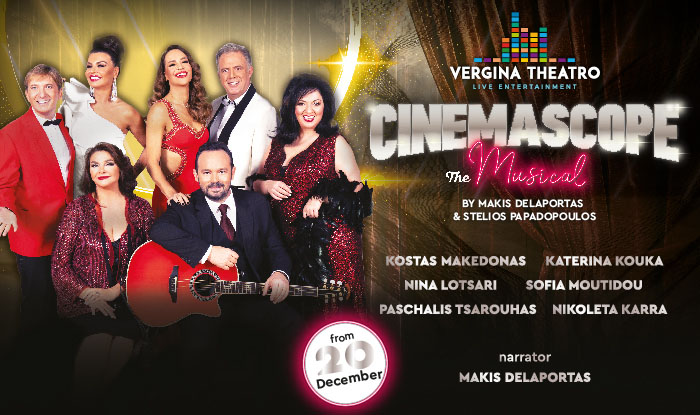 A glorious tribute to the old Greek Cinema!

A "Journey to a Dream" so nostalgic, humorous, glamorous, wonderful, adorned with the most beloved songs of Greek cinema, such as "I'll drink the moon tonight", "Kamaroula a star", "I have a distressed heart", "I love wants two "," I want my holes "," The best student "," Open stone "and others, performed by today's most notable singers and actors, such as: Kostas Makedonas, Katerina Kouka, Nina Lotsari, Sofia Moutidou, Paschalis Tsarouchas and Nikoleta Carras.

In the role of the narrator, Makis Delaportas.

Entry to the Vergina Theater is allowed regardless of ageInformation on 2310 491 234.

Check the weather in thessaloniki